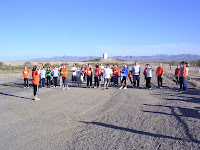 The Pima Turkey Trot began in 2006 when some local runners decided that it would be fun to have a race on Thanksgiving Day like many other cities offer. Fifty runners showed up that morning, which was much more than expected. 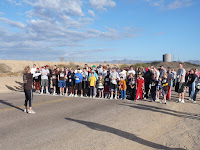 In 2007, Cody and Melinda decided to solicit sponsors and raise money for the local Pima Schools. The numbers almost tripled to 143 runners, and $900 was donated to the High School Music Department. The majority of the money from the Pima Turkey Trot Donation was used to purchase uniforms for the Pima High Show Choir. 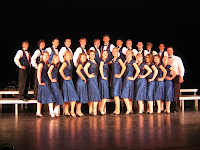 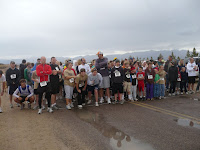 2008 was a memorable year with lots of rain, but lots of runners! The numbers increased again with 230 runners, and  $2000 was donated to the PE Department and the Elementary Activity Fund. 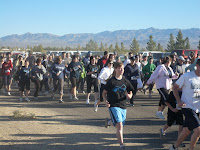 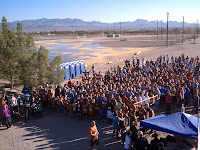 2012 -Again we had record numbers with 679 runners hitting the pavement on Thanksgiving morning! This year was the first year using chip timing thanks to a large donation from Freeport McMoRan. $8000 was donated to the Pima Schools helping with FBLA and purchasing a large shade over the Kindergarten playground at Pima Elementary.

2013- The race keeps growing with 879 participants coming out Thanksgiving morning. $10,000 was donated to the Pima Schools to go toward purchasing new playground equipment.

2014 - Race participants totaled 822 and $8600 was donated and used for PHS Wrestling, the new weight room, new softball fence, new Roughrider chairs in the gym, and the Scholarship Fund.

2016 - The 11th Annual Pima Turkey Trot brought in a record number 883 participants and the donations totaled almost $11,000!  The money was used for new iPads and cart, FBLA, PE Equipment, 4 new basketball baskets in new gym, new mats on the wall in new gym, Save a Skyler benches, and the Language Enrichment Program.

2018 - The lucky 13th Annual Pima Turkey Trot brought out 862 participants and donations totaled over $8,600! A large portion of the money was used for a much needed new sound system in the gym! The remaining donation went to support the 5th/6th grade Social Studies, Spirit Line, Basketball, new softball fence, senior party, Pima Junior High, and new popcorn machines for the snack bars.